Don’t tell me what to do in my own backyard! Involving communities in conservation decisions

Everyone has seen adverts or read about how tropical forests are being cut down for human uses, such as furniture, fire wood or just to clear land for farming, which is significantly decreasing wildlife populations globally. One method to combat this decline is for governments to create nature reserves and restrict access to prevent logging and wildlife poaching. However, this has caused great conflict with local people with regard to access rights. Dr. Ani Kartikasari argued during her PhD, done at Lincoln University, that it is important to start from the grass roots level and include the local people in conservation policy decisions in order to be successful.

Globally, tropical forests are experiencing deforestation with a loss of 7.6 million ha every year. Every day 32,300 ha of forest disappear from Earth and another 32,300 ha are degraded. One of the ways to stop this destruction is through protection of forests. However, a large problem for conservation and development projects that aim to protect forests is that there is a lack of understanding about how the forest is used. As a result, an unknown numbers of species are going extinct, with a proportion being unidentified or described.

Forest protection policies pushed by conservationists and governments have led to conflicts in interests of the local people living near and relying on the forest. Most conflicts involve disagreements over restricted access to the forest for the local people, which is viewed as an injustice to them. Different opinions about boundaries, rights to use the forest, compensation payments and distribution of benefits and resources also cause conflicts because of these policies. The benefits to the local people from the forest are unknown. This causes problems when implementing forest conservation.

Dr. Ani Kartikasari (2008), studying at Lincoln University, explored this issue during her PhD thesis. It focused on Nantu Forest, Gorontalo province, Sulawesi (See Map: Figure 1). She has close connections with the area and decided to use this area as a case study for her research. Tropical areas have the majority of the biodiversity in the world so this is the area which should be focused on by conservationists as a priority area. She used questionnaires to interview people at varying education levels and proximity to the project, i.e. local people and those in government. Her aim was to gain insight into their understanding of biodiversity, ecosystem services, conservation policies and ownership of the forest with a view in finding a solution to the conflicts seen in this area and many conservation projects across the world.

Nantu Wildlife Reserve (52,000 ha) is 140 kilometres west of Gorontalo city (See Map: Figure 1) and one of Sulawesi’s few intact forest ecosystems. The forest contains a large natural saltlick, called Adudu which is very special as this is where wildlife gather to consume the mineral-rich soil and water. Nantu Forest provides clean freshwater to 30,000 households in the area. 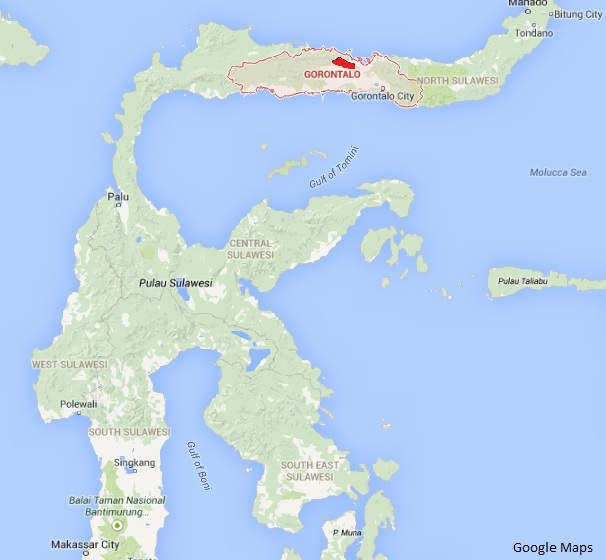 Long term research and monitoring of the Gorontalo forest has been undertaken by Dr. Lynn Clayton (Mongabay Interview with Lynn). Even the UK based NGO, Darwin Initiative has donated funding to protect Nantu Forest’s rich biodiversity, especially the Northern Sulawesi Babirusa (Babyrousa celebensis) whose population is down to 5,000 (See map: Figure 3) due to habitat loss and slow reproductive rate of one piglet at a time. It is a very strange looking creature and the only mammal where the canines are reversed. 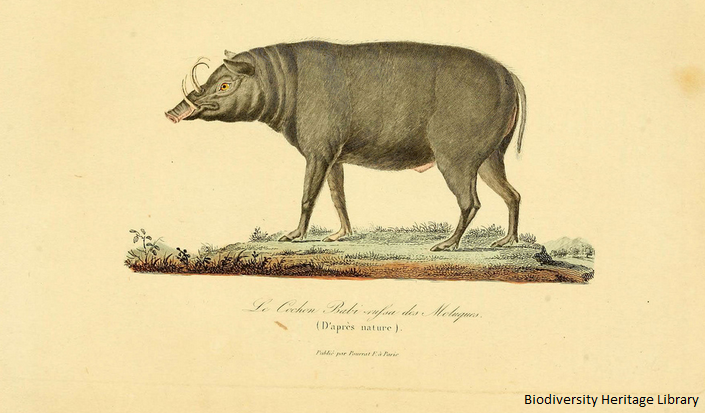 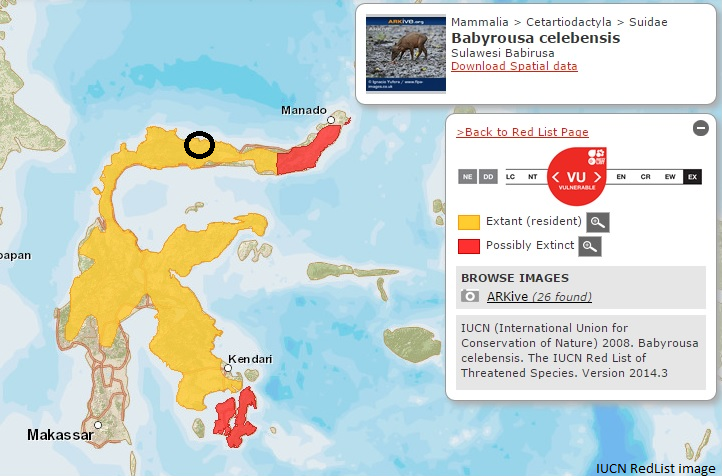 “the clearance of the forest for crop land is very common and the people do not consider this an illegal activity” (Kartikasari, 2008)

Overall, the findings show that the natural forest was most valued for the provision of diverse economic activities (90% stated this relating to the direct value of forest to the timber that can be harvested).

The forest was also valued for its ecological services (i.e. prevention of soil erosion and silting of coastal ecosystems, maintaining climate, absorbing carbon dioxide and filtering air pollutants). The forest’s biological uniqueness, aesthetics and provision of opportunities for research and education were deemed of equal importance. The cultural significance of natural forests was ranked lowest.

More than half of the interviewees (65%) held a negative view of the central-government-controlled forest conservation policy. Dr. Ani found that many government officials in charge of the environment and its forest do not have any education or background within this field. Therefore, policies lack a foundation in scientific knowledge and are prone to corruption as the importance of the conservation of the forest, to its people, is greatly under-estimated.

Understanding local perceptions is necessary for successful implementation of conservation activities. It is important to note that the local stakeholders valued the natural forest highly for its ecological services towards the community. To ensure greater support in tropical forest conservation initiatives, it is vital to understand how local stakeholders perceive them, meaning that greater involvement with local communities is needed.

Recently, a new scheme focusing on boundary protection involves local communities to make them responsible for the protection of one section of the Nantu Reserve boundary. Another policy, known as ‘Gerhan’, is a pilot project to raise people’s awareness of more sustainable management of forest and tree-based farming, which provides multiple benefits to the wider population. Specifically, the benefits include improving the productivity of abandoned lands, planting them with timber species such as teak, candlenut, and jackfruit. This forest rehabilitation scheme has gained local support as it has been recognized by locals as more participatory, believing that it provides temporary employment for the rural poor, gives greater opportunities for local communities and allow a greater sense of program ownership. Overall, this case study indicates the importance of including the local people to avoid conflict and effectively achieve conservation goals. Therefore, in terms of New Zealand, the Department of Conservation should look towards this study as guidance with how to build a harmonious relationship between the local people, landowners and conservation policies.

The author Lara Semple is a postgraduate student at Lincoln University. She wrote this article as part of her assessment for ECOL 608 Research Methods in Ecology.

For more information about the rural development and forest conservation take a look at the links below:

Mongabay – How to Save the Rainforests

More Information about the Darwin Initiative