Urban Realities: the contribution of residential gardens to the conservation of urban forest remnants

Standard by admin 7 November, 2010 No Comments

This blog post was written by postgraduate student Elisabeth Christensen as part of the course, Research Methods in Ecology (Ecol 608).

Urbanization has destroyed and fragmented natural areas, resulting in decreasing native biodiversity. Fragmented natural areas can only sustain small populations of plants and animals, and these are often vulnerable to extinction. Minor fluctuations in climate or resources, which would be unremarkable in large populations, can be catastrophic in small, isolated populations. Furthermore small populations have higher risks of inbreeding and a decrease in genetic diversity.

In Christchurch City, the urban remnant Riccarton Bush is an example of such an isolated fragment of natural habitat. In Riccarton Bush, the number of native vascular plant species has declined by a third, from 106 to 67, over the last 125 years. In order to achieve sustainable wild plant populations, the management of urban remnants needs to find a way to expand the plant populations into the surrounding urban areas and thereby increasing their effective population size and genetic diversity. A recent study shows that residential gardens have the potential to play an important role in the conservation of native plant species.

Brendan Doody, Jon Sullivan, Glenn Stewart, Harvey C. Perkins, all from Lincoln University, together with Colin Meurk from Landcare Research, recently published the first results from an ecological and sociological study in the journal Biodiversity and Conservation where they answered the three following questions:

As an example of an urban remnant they specifically looked at Riccarton Bush, which is the only remnant in Christchurch dominated by the native tree species kahikatea (Dacrycarous dacrydioides, shown in picture and also known as white pine). Jon Sullivan says about the significance and rarity of Riccarton Bush: “It is the only old growth lowland forest in Christchurch to have survived the creation of the city. It is also one of only two lowland old-growth forest fragments left in mid-Canterbury that are not associated with the Southern Alps or Banks Peninsula.” Nationwide, only 2% of pre-settlement kahikatea forest remain.

The study revealed that some of the native woody species, especially kahikatea, are dispersed by birds into the surrounding gardens, mostly within a radius of 250 meters. However it also showed that the juvenile trees never reach maturity as most gardeners tend to remove all non-planted woody species.

These results suggest that there exists a natural potential for regeneration but that it is insufficient without human intervention. This is where the last part of the study becomes interesting. What is the attitude towards native plants among garden-owners?
A carefully designed questionnaire was developed to answer this.

The results from their questionnaire revealed that attitudes towards New Zealand’s native flora were overall positive. 84% agreed or strongly agreed that ‘species unique to New Zealand are important to our identity’ and 81% that ‘native plants are attractive’. When it came to having native plants in their own gardens the answers were a bit more reluctant yet still positive – 54% agreed or strongly agreed ‘they would be prepared to plant Riccarton Bush species in their garden’. 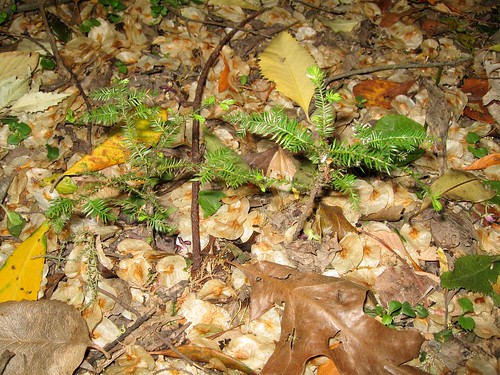 The study also found that people in general lack knowledge of native species, for example only 2% were able to correctly identify a seedling of the kahikatea tree. This suggests that information and education is an important step towards engaging people in conserving native plants. Another important factor is for the garden-owners to have control over the location of plantings as many are concerned about too much shade in the garden.

If this article has encouraged you to get out there and help preserve New Zealand’s native plants, you can get in contact with an organization such as Trees for Canterbury which does community projects and environmental education and has a native plant nursery. The majority of their trees in the nursery are grown from seed collected in the Canterbury Plains and Banks Peninsula in order to ensure genetic integrity of the native plant populations. This is an important fact to remember, as the genes of native plant populations in the urban remnants are adapted to make them fit for the local environment. However this may be threatened by gene flow from non-local or modified plants in the surrounding gardens.