When is a weed a weed? Canterbury’s gardening choices effect native conservation.

Where are all the Natives? Typical Canterbury patchwork Landscape. Photo Credit Andrew Cooper.

In the Canterbury region there is a considerable lack of native green spaces. The landscape is dominated by exotic agricultural and domestic species, which creates the now famous patckwork-esque landscape Canterbury is well known for. The sheer impact of urban and rural expansion on the Canterbury plains is very apparent. Only half a percent of Canterbury’s total land area now supports native vegetation and this is unlikely to change within my lifetime.

The historic burnings of the native bush by Māori, prior to 1847 and the formation of the Canterbury Association, who cleared the majority of the region’s forests. The first survey of Canterbury by the association, identified 110,000 hectares of land that was native forest. The identified areas had a very diverse number of species, the stands of forest were separated by swamp and shingle dominated lands. The greater part of Canterbury was at the time covered by Manuka (Leptospermum scoparium), Tauwhinua (Ozothamnus leptophyllus), Cabbage Trees (Cordyline australis), Flax (Phormium tenax and Phormium colensoi), Toi-toi (Austrodaria spp.) and tussock Chionochloa, Poa and Festuca genera).

There was a lack of hostile Māori, New Zealand’s native people, in Canterbury at the time of European arrival in Canterbury. This and the vast areas of flat land, that was available for immediate grazing, encouraged European settlement in Canterbury. The demand on the bush in the second half of the 1800’s was extremely high. Forestry was one of the largest industries, second only to pastoral and the native timbers. These were used for both building and warmth, as coal was not yet readily available. The timber supply in Canterbury soon ran out and exotic species replaced native stands for their supply of wood. Early settles identified regeneration of native forests to be an ongoing issue. This problem persists all over New Zealand today.

Although as New Zealanders we like to believe we hold our native species in high regard, the way we utilise them and treat them in a domestic setting, does not necessarily support this. Those species of plant unique to these remaining stands of forest are at risk of extinction, due to the ecological pressures that are common in these populations. It is therefore important that active management of these remnants and the domestic gardens which surround these remnants occurs, to help conserve the biodiversity of species.

Research performed by members of the Lincoln University faculty, the Bio-protection Research Centre has aimed at understanding the contribution that residential gardens make to the conservation of Canterbury’s remaining floodplain forest. The study focuses on Riccarton Bush, a 7.8 ha urban forest remnant. It is the only remaining alluvial floodplain forest of its kind in the world, with some 400 mighty kahikatea trees of which some are 600 years old.

A follow-up study performed by the same group of researchers looked at the interaction between domestic gardeners surrounding Riccarton bush and the plants which they observe in their gardens. The social data collected aimed to identify how gardeners surrounding this unique stand of Kahikatea forest categorised and treated, weeds and self-introduced plants.

Gardeners who were interview had unique descriptions of what a weed was. Most commonly a weed was described as a plant that is unwanted, out of place and/ or displays weedy characteristics. The range of descriptions collected shows that weeds do not have a set number of categorising qualities, but is a description given to plants by both individual human interpretation and the evolutionary traits of the plants. One respondent, named Michael, initially encouraged foxglove (Digitalis spp.) to grow within his garden, but due to its rapid reproduction and spread throughout his garden he has since re-categorised it as a weed.

Gardener’s interpretations of weeds have created multiple realities for those native seedlings in gardens surrounding Riccarton bush. Meaning that how gardeners have perceived natives decides what will happen to them. Often, those native self-introduced saplings are identified as valuable plants, weeds, or both. The interpretation of a weed is dependent on the age, growth, appearance and location of the sapling. Rather than the species or geographical history of that species. 79% of gardeners suggested that they would remove all saplings that were not planted. So, while in principle gardeners value native species, in practice they do not show it. 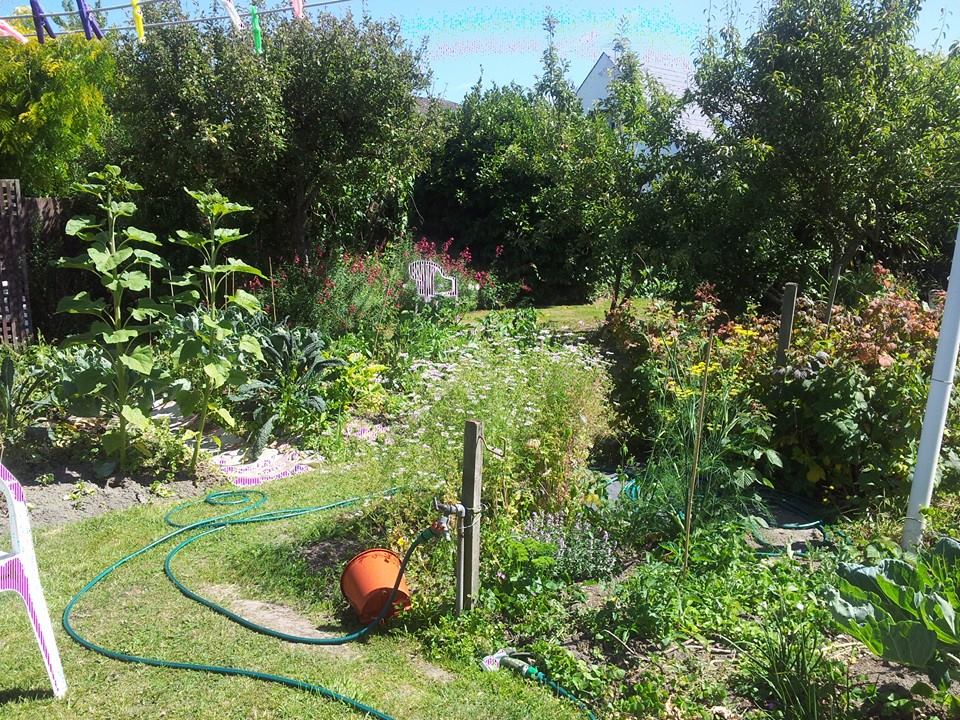 The appropriateness of seedling location and the interpretation gardeners have on what a seedling is, or will become, is a much more important factor to them than its value to conservation. Along with this, there is a general inability of most individuals to identify native species. Potential ways of changing this are through ‘grow me instead’ initiatives. The gardeners who were able to identify native species, stated that the seedlings are not appropriate for the size of their garden and are routinely weeded.

Unfortunately, weeding is learnt and when it becomes routine it is a very hard habit to change. Gardeners continue this practice simply because they don’t know any better. The findings from these studies should be used in conservation initiatives and informing weed management alike. The treatment of native plant species depends on context, it is an ever-changing, unpredictable and momentary practice, which differs between each garden.

National policy that supports protection of native plants needs to emphasize the non-conservation or aesthetical roles of plants and gardens. The existing campaigns would benefit from recognising gardeners varying degrees of gardening and native floral knowledge. An exemplary conservation initiative is a ‘grow me instead’ type brochure, where native species are identified that are similar to and could be used instead of functional introduced plants. It recognises the traits that a domestic gardener looks for when selecting plants and then recommends a native species that is similar to and would replace introduced counterparts.

Initiatives that utilise these ideas are already underway. One that has been a success is The Nature for Neighbourhoods project. Gardens surrounding streams and native forest across Auckland are being engaged via free consultation, information regarding suitable plants, weed control and free native saplings. Similarly, in the Riccarton bush social experiment, the use of a potted kahikatea seedling created more interest among respondents than other efforts. It is unlikely that the Riccarton bush species will form a naturally sustaining population in gardens, but there is a clear ability for those gardens to be redone in a way that allows Riccarton bush to extend into these properties.

There is light on the horizon for Canterburies native forests.

The author Tom Scott is a postgraduate student in the Master of Natural Resource Management & Ecological Engineering taught at Lincoln University and University of Natural Resources and Life Science (BOKU) in Vienna, Austria. He wrote this article as part of his assessment for ECOL 608 Research Methods in Ecology.